When my brother was serving in the MTC, a member of his district was an amature magician. During those more stressful times in the classroom, this gifted elder would break the tension by performing some amazing feat of prestidigitation.

In seconds, the mood would lighten allowing the elders and sisters to refocus their attention and continue to study.

Seeing magic as a potential asset while serving as a missionary, my brother attempted to learn this craft. But try as he could, he failed to develop the slight of hand necessary to refine this skill.

As a result, he felt his service as a missionary would be diminished. If only he was blessed with that same gift this talented elder had.

Soon his days at the MTC turned into weeks and months, my brother was surprised when this magically inclined elder approached him and lamented the fact that my brother seemed so gifted in learning German while he, the magician, was still struggling to grasp even the basics.

My brother was amazed. How could this elder, who seemed so talented, desire such a mundane skill as learning a language?

It is so easy to look around at the gifts others have and assume our talents pale in comparison. I am reminded of this on a daily basis as my family members are blessed with musical, dancing, and mechanical skills I so effectively lack.

Could God have blessed me with perhaps one gift?

If you trend towards looking longingly at the gifts of others and feeling short-changed in your seemingly small skill set, you are not alone. Oliver Cowdrey felt the same way when his attempt to translate as Joseph did was met with failure.

Sure, God explained that Oliver took no thought to prepare to translate and felt this holy task was as simple as sitting down and just looking at the ancient characters. But I am not sure even if he had prepared Oliver would still have not been able to translate.

Because this was not his gift.

We don’t know why some have more talents than others. But the amount or type of gifts granted us by God does not impact our relationship with Him.

Remember, in the Parable of the Talents, the distribution of those gifts was unequal. But the reward to those who sought to magnify their talents was the same. Regardless of the amount of talents, To each God said:

“Well done, good and faithful servant; thou hast been faithful over a few things, I will make thee ruler over many things…”

Perhaps a sign of our spiritual maturity is best manifested when rather than envying the gifts others have been blessed with and carefully cultivated, we learn to celebrate the rich diversity God has provided us in His gracious love by granting us such marvelous gifts.

Further, we need to learn to thank Him for those gifts He gave us, even if they seem less obvious and harder to discover. 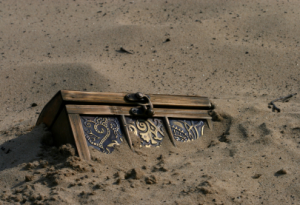