The battle had gone poorly.

It was a total disaster.

The combined British, French, and Belgian armies had crumbled quickly against the onslaught of the Nazi forces. They were trapped at Dunkirk with the Germans pushing them into the sea.

What followed was called the Miracle at Dunkirk. In a matter of days, the British navy along with hundreds of private French and British boats braved certain destruction to rescue their tattered army.  Without this gallant retreat,  preserving a large part of the army, there was a good chance the Nazis would have conquered all of Europe.

Sometimes retreating, though painful and humiliating, is the strategically correct thing to do. So it was at Dunkirk and at Zarahemla as well.

Several years had passed since the glorious sign of Christ’s birth. After that event, everyone was converted. Yet soon, whispers were heard.  Perhaps the sign had been a fraud.

At first, no one heeded these obvious lies. But when the pressure and high expectations of staying true to the Church became oppressive, the people strayed.

The government was rocked with assassinations.

Peace was removed from the land.

As always, there was a core of faithful members, Nephites and Lamanites, who resisted the popular trends of their times. But these stalwart, faithful members were fighting a losing battle. Like the valiant army at Dunkirk, these isolated saints faced certain destruction.

Their children were rebelling.

Their marriages were strained.

Their friendships were faltering.

Their testimonies were battered under a constant assault.

Gidgiddonhi, the political and military leader, grew concerned about this destructive trend. If he did not come up with a plan, even the most stalwart saints would be destroyed. So he orchestrated a grand retreat. All who would, were invited to gather their families, friends, and flocks, and retreat to Zarahemla.

There was no guarantee of success. But they had faith. 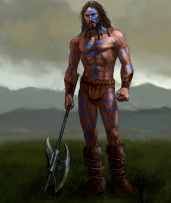 Then the enemy came looking overpowering and intimidating. But the walls of the city, their united faith, and the absence of food to support the invaders transformed this retreat into a route. The Gadianton robbers were defeated. Righteousness prevailed.

Our situation is quite similar. We are under constant attack by overt and subtle forces that seek to tear us down. These tantalizing terrorists seek to wrap their tentacles around our children, families, and friends. Their assault is relentless. Even things that are at first good,  useful, and wholesome are twisted into tools to our own destruction.

At times, we need a retreat. But in this day of a global church, we don’t have the luxury to gather to Zarahemla. Instead, we have a virtual retreat.

Following Giggiddonhi’s model we can starve the forces of evil by small and simple thing.

We can turn off destructive media.

We can avoid hateful and angry speech.

We can be kinder to our parents, spouses, and children.

This is the type of virtual retreat that buttresses our resolve against the current forces of evil.